On top of chartering yachts, we also provide both new and used yachts for sale. We will handle everything from berthing slots to insurance and maintenance. Given your requirements, we will help to narrow down the list of yachts that are most suitable. If you are looking it as an investment, we can also guide you through the procedures in acquiring a chartering license and list your yacht on our website.

* Photos may not depict the exact conditions of the yacht, please arrange with us for a viewing.

Below are just some of the listed yachts. For more available options, please fill in the form below and our consultant will get back to you soon. The main deck offers huge volumes in the salon + helm area, the lower deck boasts the fully equipped galley and three cabins each with ensuite. The aft crew cabin provides accommodation for one. The interior offers satin walnut furnishings with cream leather upholstery. The fun and sun seekers will enjoy the spacious flybridge and the hydraulic aft swim platform. 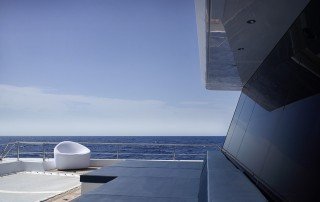 The Sunreef Supreme Range embodies a very specific philosophy of yacht creation. It is an audacious line of yachts and superyachts designed to become the world’s most comfortable and spacious range of lifestyle-oriented boats.

The Sunreef Supreme 68 S – the first unit from the Sunreef Supreme Range was officially revealed at the Singapore Yacht Show 2016. It is a 68 ft sailing catamaran with a total living space of nearly 300 sqm offering the surface of a superyacht on a unit below 24 m.

The Sunreef Supreme’s architecture revisits the way catamarans have been so far designed. A new, radical concept of the superstructure allows to keep the saloon and exterior deck on the same level. As a result, the Sunreef Supreme 68 S boasts an enormous main room surrounded with floor to ceiling glass – a smooth, seamless space opening onto the cockpit and giving direct access to the deck through sliding doors on both sides of the yacht. The mast of the Supreme 68 S is fixed at flybridge level with a carbon-made transversal beam, so the mast step does not interfere with the saloon’s volume. The exterior and interior surfaces of the boat merge into one panoramic lounging and dining area.

The design of the main deck and hulls offers a total versatility in the possibilities for a smart, individually tailored layout matching every single Owner’s lifestyle. With an infinite choice of materials for the décor of the saloon, cabins and bathrooms, each Supreme 68S reflects her Owner’s style and personality.

The Sunreef Supreme 68 S is equipped with an aft garage. This voluminous space allows to conveniently store a 5m tender and up to two jet-skis, diving gear and sails. The garage door, when lowered, levels with the yacht’s aft platforms to create an exterior lounging and sunbathing space.

Looking to buy your next dream yacht, or trying to get a good deal for selling one? Please fill in a simple questionnaire below and we shall have our specialized consultant call you personally to discuss more in details.